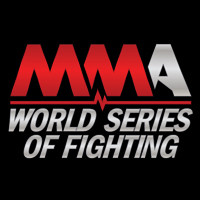 The organization made the announcement today and the main card for this fight card will be shown on NBC Sports Network.

Arlovski (17-9, 1NC) has gone 2-0, 1NC in his last three fights after dropping four straight fights and is coming off a no contest to Tim Sylvia at ONE FC 5. Prior to his bout with Sylvia, he had won two straight and both wins were by knockout in the third round.

Cole (20-9-1) is a former Strikeforce heavyweight and was rumored to be heading to the UFC. However, the UFC elected not to sign him because of some issues he has had in the past. He is currently on a two fight winning streak and he won both fight by unanimous decision.

The current World Series of Fighting 1 card is below: