French featherweight Taylor Lapilus has signed with the UFC and has agreed to face Dennis Siver after Robert Whiteford pulled out of the bout with an undisclosed injury. 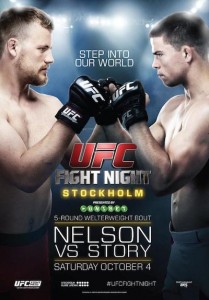 UFC Fight Night 53 will come from the Ericsson Globe in Stockholm, Sweden on October 4th and will be headlined by Gunnar Nelson meeting Rick Story in a welterweight bout.

Siver (21-9, 1NC) was suspended by the Nevada State Athletic Commission following his decision win against Manny Gamburyan at UFC 168. He tested positive for hCg and received a suspension of nine months, along with the result of the fight being overturned to a no-contest.

The current UFC Fight Night 53: Nelson vs. Story fight card lineup is below.