Former Bellator featherweight champion Daniel Straus made a statement on Friday night at Bellator 138 as he submitted Henry Corrales in the second round by guillotine choke. 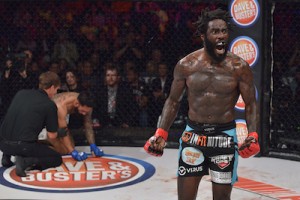 Straus (24-6) entered this fight following a submission defeat against featherweight champion Patricio “Pitbull” Freire and he made it clear at the post fight press conference that he wants what Pitbull has.

Pitbull stated in a post fight interview that he would be interested in facing Straus next and with Georgi Karakhanyan on the sideline due to a knee injury, all signs point to Pitbull and Straus having their trilogy bout later this year.