The Brazilian MMA Athletic Commission (CABMMA) is now part of Association of Boxing Commissions (ABC) and is working with the Mohegan Tribe Department of Athletic Regulations for out-of-competition drug testing for Bellator 144 fighters Eduardo Dantas and Rafael Carvalho. 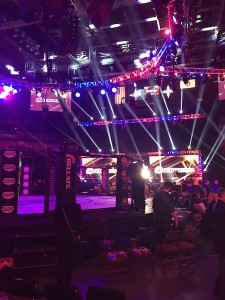 Along with the out-of-competition drug testing being done by CABMMA for Bellator 144, Mazzulli stated that the fighters will be subject to drug testing on fight night.

Bellator 144 will come from the Mohegan Sun Arena in Uncasville, Connecticut on October 23 and the card will feature two title fights. In the main event, Marcos Galvao will make his first bantamweight title defense against former champion Dantas in a rematch of their 2013 bout and the vacant middleweight title will be on the line in the co-main event as former champion Brandon Halsey meets Carvalho.