Bellator 144 took place last month at the Mohegan Sun Arena in Uncasville, Connecticut and all of the drug test results came back negative. 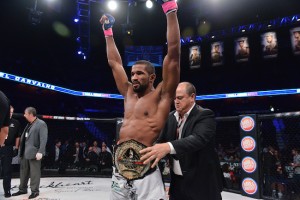 Mohegan Tribe Department of Athletic Regulations Director Mike Mazzulli confirmed the drug test results to The MMA Report on Thursday after they were requested.

Along with the drug tests submitted on fight night, the Mohegan Tribe Department of Athletic Regulations ordered out-of-competition testing for several fighters on the card and all of those results came back clean as well.

Bellator 144 took place on October 23 and was headlined by Rafael Carvalho winning the vacant Bellator middleweight title with a TKO victory against former champion Brandon Halsey.