Titan FC 36: Brian Davidson talks about decision to call it a career after upcoming fight against Chris Pecero

Titan FC 36 will take place in less than two weeks in Kansas City and the fight card will feature a featherweight bout between Brian Davidson and Chris Pecero. 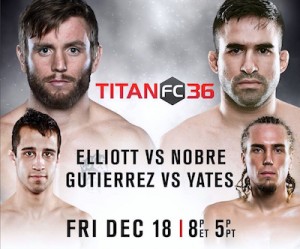 Davidson (13-4) enters this fight on a three fight winning streak and was a guest on Thursday’s edition of The MMA Report Podcast to talk about his upcoming fight, which will be the final fight of his career.

He explained the decision to call it a career after this fight, gave his thoughts on Pecero, and what he has planned in his life following Titan FC 36.