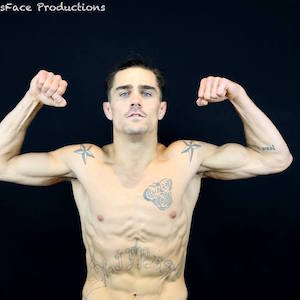 Next Saturday’s Cage Titans 27 card in Massachusetts will see Peter Barrett looking to remain undefeated in his career and the event will also see the pro debut of Peter’s younger brother, Max Barrett.

Whether it’s on fight night or in the gym, Peter and Max feed off each others energy. They describe their relationship as a unique situation on a recent episode of  “The MMA Report Podcast” and discussed the advantages of fighting on the same fight card.

“I would say the pros are definitely getting each other fired up,” Max told The MMA Report. “We train together. We work together. We cut weight together. We are always together. What is better than sharing that experience of going to battle on the same night.”

“I think it’s awesome. He has traditionally fought before me, so I get to walk him to the cage and give him kind of an older brothers blessing,” Peter stated. “Watch him do battle and that kind of fires me up. I wrestled in high school so I was kind of the anchor on the team and was aways depended upon for a win. That has kind of become a feeling that I am getting when I fight, especially when there is more of us on the same card.”

When the brothers step into the Memorial Hall in Plymouth, Massachusetts for Cage Titans 27 next Saturday night, Max will be up first as he will be taking on Dave Espino. The matchup between Max and Espino is actually a rematch from their fight at Cage Titans 25. Max walked away with a decision victory in their first meeting and his plan is to walk away from this fight with a stoppage victory.

For Peter, he is going to be talking on Keenan Raymond. Initially, he was scheduled to take on Taylor Trahan, but a medical suspension caused Trahan to be pulled from the fight and Raymond was tapped as the replacement. Peter called the change in opponent irrelevant as this is about what he is going to do and just like his brother, he will be looking for a stoppage finish in seven days.