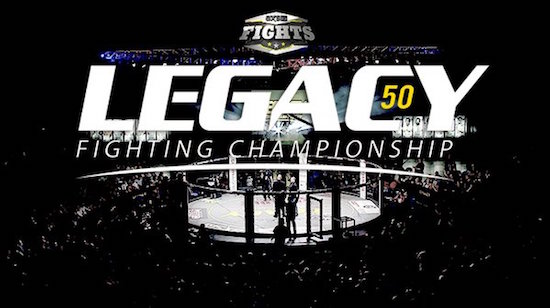 Legacy FC 50 took place on Friday night at the Houston Arena Theatre in Houston, Texas and was headlined by Evangelista “Cyborg” Santos defeating Artenas Young by unanimous decision in a welterweight bout.

Along with Cyborg getting a victory in the main event, the main card on AXS TV saw four fights end by submission including Ray Blodget defeating Jared Chaffee by guillotine choke in the co-main event of the fight card.

The complete Legacy FC 50: Young vs. Cyborg results are below.