The first event for Bellator in 2016 will take place on January 29 in Fresno, California and was scheduled to be headlined by Josh Koscheck making his promotional debut against Matt Secor. 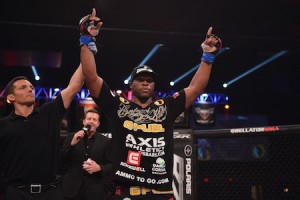 However, Koscheck has pulled out of the event due to an undisclosed injury suffered in training and the already scheduled welterweight bout between Paul Daley and Andy Uhrich has been elevated to the main event.

Bellator officials announced the change in a press release on Wednesday and along with announcing the change with the main event, the promotion announced several new fights for the card including Raphael Butler vs. Tony Johnson and Derek Anderson vs. Ryan Couture.

The updated Bellator 148: Daley vs. Uhrich fight card is below.