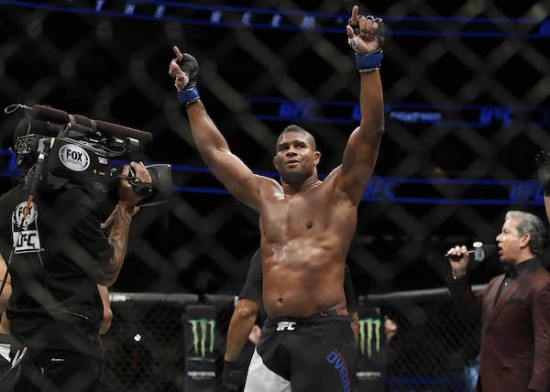 A rumored heavyweight bout is now official as Alistair Overeem will meet Andrei Arlovski in the main event of UFC Fight Night 87 on May 8 in the Netherlands.

The fight booking was made official by the UFC on Friday.

UFC Fight Night 87 will come from the Ahoy Rotterdam in Rotterdam, Netherlands and ticket information will be released shortly by the promotion.

Overeem (40-14, 1NC) is currently on a three fight winning streak and recently signed a new contract with the UFC. His most recent win came in December against Junior dos Santos and two of his three wins during his winning streak have come by TKO/KO. Arlovski (25-11, 1NC) is coming off a lost to Stipe Miocic and the defeat snapped a six fight winning streak. Since coming back to the UFC, he has gone 4-1 and he has won a Fight Night bonus in two of those four victories.

More details on UFC Fight Night 87 will be announced in the coming weeks.