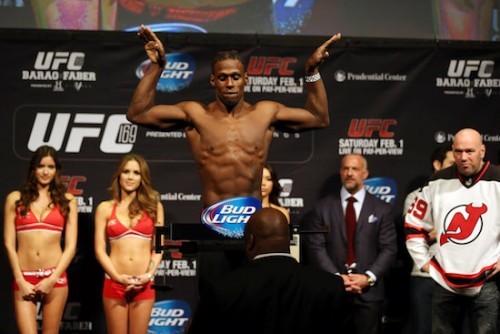 Ultimate Fighter 17 alum Clint Hester is moving up to the light heavyweight division and he will make his 205 pound debut against Marcos Rogerio de Lima at UFC 197 in Las Vegas.

The fight booking was announced by the UFC on Monday evening.

UFC 197 will come from the MGM Grand Garden Arena in Las Vegas on April 23 and will be headlined by a title fight rematch as Daniel Cormier defends the light heavyweight title against former champion Jon Jones.

Hester (11-5) has dropped his last two fights and his most recent defeat came in August against Vitor Miranda. Prior to the recent defeats, Hester had won seven fights in a row and four of those wins came by TKO/KO. Lima (13-3-1) has won two of his three fights in the UFC and both of those wins have come by TKO/KO. Just like Hester, he will enter this fight following a defeat as he lost to Nikita Krylov at UFC Fight Night 74 last year.

The current UFC 197: Cormier vs. Jones II fight card is below.