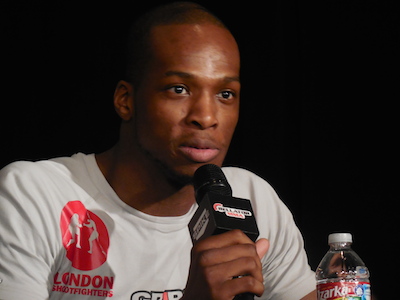 Flashy striking specialist Michael Page has pulled out of his Bellator 151 bout against Fernando Gonzalez due to undisclosed reasons and stepping up to face Gonzalez in 23 days will be Bellator newcomer Gilbert Smith.

The fight change was confirmed by Bellator officials on Tuesday to MMA Junkie.

Bellator 151 will come from the WinStar World Casino in Thackerville, Oklahoma and will be headlined by a bantamweight bout as former Bellator champion Joe Warren meeting Darrion Caldwell.

Smith (12-4) recently signed with Bellator after being the RFA welterweight champion. The Ultimate Fighter 17 alum has won four of his last five fights and he is 7-2 since exiting the UFC. Gonzalez (24-13) has gone undefeated in Bellator since entering the promotion in 2014. His most recent Bellator MMA fight came in May of last year as he defeated Curtis Millender by submission at Bellator 137.

The current Bellator 151: Warren vs. Caldwell fight card is below.