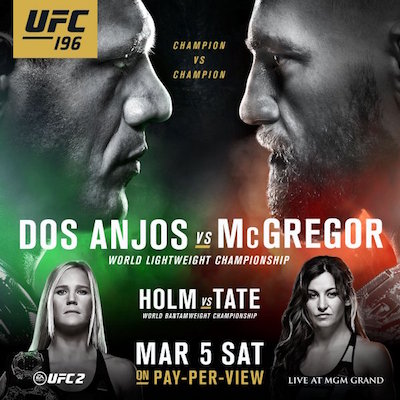 Along with selecting the referees for both title fights, the judges were also selected. In the main event, Derek Cleary, Sal D’Amoto and Junichiro Kamijo will be scoring Dos Anjos vs. McGregor. For the co-main event, the judges will be Chris Lee, Marcos Rosales, and Glenn Trowbridge.

The current UFC 196: Dos Anjos vs. McGregor fight card is below.