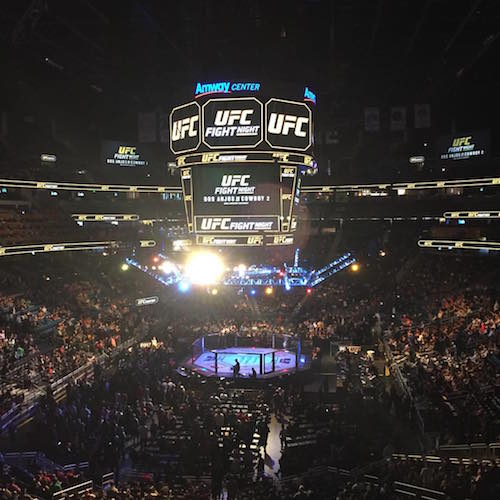 John Dodson vs. Manny Gamburyan added to UFC on FOX 19

Former flyweight title challenger John Dodson is moving up in weight to the bantamweight division at UFC on FOX 19 in April and he will meet Manny Gamburyan on the preliminary card of the April 16 event coming from the Amalie Arena in Tampa, Florida.

UFC on FOX 19 will come from the Amalie Arena in Tampa, Florida on April 16 and will be headlined by a lightweight bout as Khabib Nurmagomedov returns from injury to meet Ultimate Fighter winner Tony Ferguson.

Dodson (17-7) went 5-2 in the UFC flyweight division and this will be his first fight in the 135 pound division since he defeated T.J. Dillashaw to win The Ultimate Fighter 14. This will be his first fight since losing to flyweight champion Demetrious Johnson at UFC 191 and both of his defeats in the flyweight division came against Johnson. Gamburyan (15-8, 1NC) dropped down to the bantamweight division in 2014 and has gone 2-0 since dropping to 135 pounds. His most recent win came in July as he defeated Scott Jorgensen by unanimous decision at UFC Fight Night 71.

The current UFC on FOX 19: Nurmagomedov vs. Ferguson fight card is below.