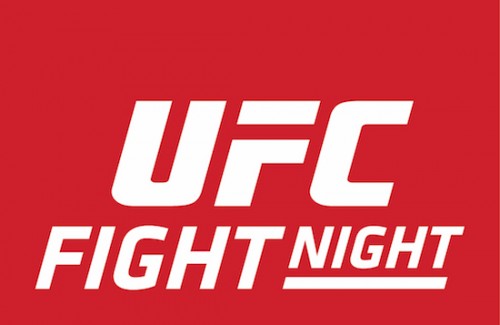 Two new fights have been announced for UFC Fight Night 86 on April 10th in Croatia as the new fights are Mairbek Taisumov vs. Damir Hadzovic and Timothy Johnson vs. Marcin Tybura.

UFC Fight Night 86 will come from the Zagreb Arena in Zagreb, Croatia and tickets for the event will go on sale to the public on Friday, February 12.

Taisumov (24-5) has won his last three fights and has gone 4-1 in the UFC. His most recent win came in June of last year as he defeated Alan Patrick by TKO at UFC Fight Night 69. Hadzovic (10-2) was recently signed by the UFC and he is currently on a six fight winning streak. During his winning streak, four of the six wins have come by finish and his last victory came in May against Ivan Musardo.

Johnson (9-2) won his UFC debut in April of last year with a TKO victory over Shamil Abdurakhimov and he enters this fight following a decision lost to Jared Rosholt at UFC Fight Night 73. The defeat against Rosholt snapped an eight fight winning streak and it was his first defeat since 2011. Tybura (13-1) comes to the UFC after a run in M-1 and is coming off a TKO win in September against Ante Delija. Eleven of his thirteen wins have come by stoppage and six of those wins are by submission.

The current UFC Fight Night 86 fight card is below.