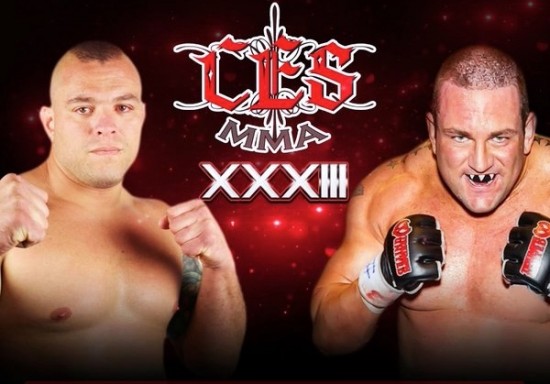 CES MMA 33: Juliano Coutinho looks to rebound tonight following “one of the worse performances of his career”

Heavyweight Juliano Coutinho will return to the cage for the first time in eleven months tonight at CES MMA 33 as he will meet Chaz Morgan in the fight card coming from the Twin River Casino in Lincoln, Rhode Island.

Coutinho (6-2) enters this fight following a TKO defeat at WSOF 20 against Steve Mocco and it was his first defeat since his professional debut in 2009. During yesterday’s edition of “The MMA Report Podcast,” Coutinho talked about his defeat last year and called it one of the worse performances of his career.

“The training has been good since the last fight,” Coutinho stated. “Obviously, it was one of my worse performances. A lot of things happened for that fight. Something that I prefer not to mention. I did not show up to fight that night. I have been training harder than ever. Hungrier to try to get back on the head. Try to come around that lost. I think I learned a lot from that lost and I am looking forward to March 11 against Chaz Morgan.”

Check out Coutinho’s complete interview from Thursday’s episode of “The MMA Report Podcast” below and be sure to subscribe to the show on iTunes and Stitcher.