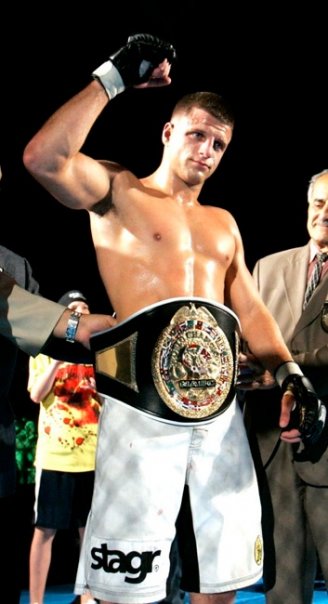 CES MMA 34: Calvin Kattar talks about being a fighter and the promoter of Combat Zone

Featherweight Calvin Kattar will return to MMA competition next Friday night for the first time in nearly three years as he will meet Kenny Foster in the co-main event of CES MMA 34 at the Foxwoods Casino in Connecticut.

Kattar (14-2) enters this fight on a six fight winning streak and his last fight came on June 14, 2013 when he defeated Gabriel Baino by unanimous decision at Combat Zone 44. Since that fight, he has purchased the Combat Zone promotion and during Tuesday’s edition of “The MMA Report Podcast,” he discussed how he purchased the promotion and getting the itch to compete again.

“I fought for Combat Zone nine times previously,” Kattar said. “The previous owner, Dave George is actually the reason why I got into fighting in the first place. He is a good friend of mine and we grew up together. I saw him take his first MMA fight. I went to it and started training with him the next Monday. I was a high school wrestler and I needed something to fill the void of competing. Started training with him and shortly later, he bought the company [Combat Zone] and I fought for him.”

“Over the course of the years, he started wanting out and I was in a position to buying in,” he continued. “I felt like all of my credits transferred. All of my hard work over the years would go right into this company and all of the networks I have established over the years. So I took the jump and took over ownership. I was also coming off a hand injury my last fight about three years ago so it was good timing to focus on the company and heel up. Here I am here now three years later. I just got the itch again and training with some really good guys. I said, why not.”

Check out Kattar’s complete interview from Tuesday’s episode of “The MMA Report Podcast” below and be sure to subscribe to the show on iTunes and Stitcher.