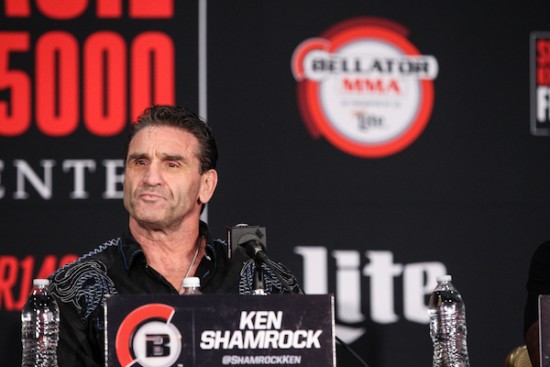 The Texas Department of Licensing and Regulations (TDLR) has released the lab reports for the drug test results at Bellator 149 and both Ken Shamrock and Kimbo Slice tested positive for a steroid and elevated levels of testosterone.

The lab reports of the Bellator 149 drug tests were sent to The MMA Report on Monday following a public records request that was sent to the TDLR following the event in February.

Both fighters are facing up to a one year suspension and a fine of $5,000.

Six other fighters that participated in the Bellator 149 event were also drug tested on fight night with the fighters being Royce Gracie, Dhafir Harris, Emmanuel Sanchez, Daniel Pineda, Richard Knepp and Juan Torres. All of those drug test results came back negative.