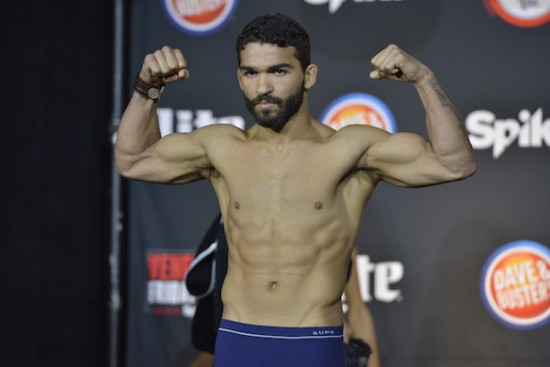 The co-main event of next month’s Bellator 153 is now official as former Bellator featherweight champion Patricio “Pitbull” Freire will return to the Bellator cage to meet John “Macapa” Teixeira.

The fight booking was made official by Bellator on Tuesday afternoon and the promotion also confirmed that top welterweight title contender Brennan Ward will meet Evangelista Santos on the main card broadcast on Spike TV.

Bellator 153 will come from the Mohegan Sun in Uncasville, Connecticut on April 22 and will be headlined by a title fight as Andrey Koreshkov makes his first Bellator welterweight title defense against former WEC and UFC champion Benson Henderson.

Pitbull (24-3) lost the Bellator featherweight title in November when he lost a decision against Daniel Straus. The defeat snapped a seven fight winning streak and all of his professional defeats have come by decision. Teixeira (19-1-2) made his Bellator debut in 2014 and he is unbeaten in his last eight fights. He has gone 3-0 in Bellator and is most recent win came in September against Gleristone Santos.