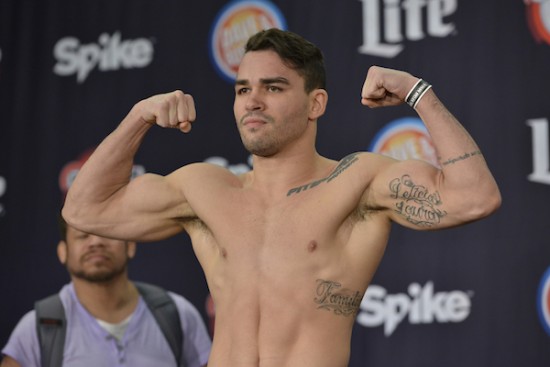 The next Bellator event will take place on April 16 in Italy and the mixed martial arts portion of the fight card will be headlined by a lightweight bout as Patricky “Pitbull” Freire meets Derek Campos.

Bellator officials confirmed on Wednesday that the lightweight bout between Pitbull and Campos will be the main event of the fight card.

Along with the April 16 event serving as Bellator 152, the event coming from the Pala Alpitour in Turin, Italy will serve as the inaugural Bellator Kickboxing event and will be headlined by Melvin Manhoef facing Alexandru Negrea in a middleweight bout.

Pitbull (15-7) has alternated wins and losses in his last five fights and one of those victories came against Campos at Bellator 117. He is coming off a knockout win against Ryan Couture at Bellator 148 and he holds the Bellator lightweight record for most TKO/KO wins. Campos (16-6) snapped a two fight losing streak last month when he defeated Melvin Guillard by TKO. He is 5-3 in his last eight fights and his last two victories have come by TKO/KO.

The current Bellator 152: Pitbull vs. Campos and Bellator Kickboxing: Torino fight card is below.