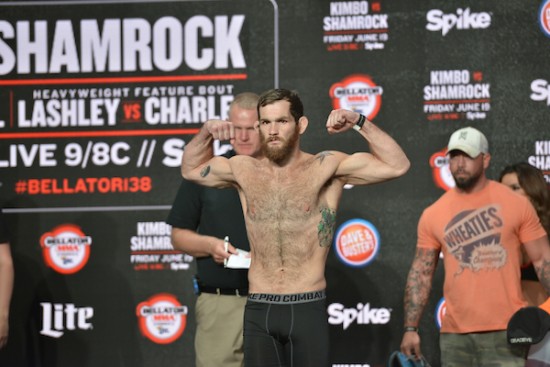 Shamrock FC Mayhem: Eric Irvin talks about moving up to the welterweight division

Eric Irvin recently decided to make the move to welterweight after a run at lightweight and he will make his 170 pound debut tonight in the co-main event of Shamrock FC: Mayhem as he will face Josh Weston.

Irvin (10-4) is coming off a submission win at Shamrock FC: Brave in October and he has won five of his last six fights. During Thursday’s edition of “The MMA Report Podcast,” Irvin joined the show to preview his fight against Weston tonight in St. Louis and explained why he decided to move up to the 170 pound division.

“I am glad to almost be done with it,” Irvin said. It’s been a solid eight week camp or so. It’s going goos. This has been a little different than normal because I am bumping up to 70 from here on out. “This is my first fight at 70. Been doing things a little differently. It’s been pretty taxing on my body, but it’s going great.”

“The last couple of weight cuts were pretty rough on me,” he continued. “Giving me some health issues. I feel like my body has matured a little bit. My original reason to go to 55 was because I afraid that I was going to be fighting some really tall dudes at 70. Two fights ago, I fought a guy that was 6’3 and 155. So I figured why battle giants at 55 and just move up to 70 and be a little stronger.”

Check out Irvin’s complete interview from Thursday’s episode of “The MMA Report Podcast” below and be sure to subscribe to the show on iTunes and Stitcher.