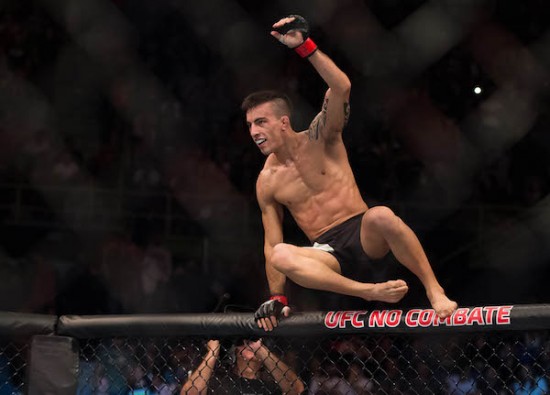 The main event for UFC Fight Night 88 is now official as bantamweights Thomas Almeida and Cody Grandbrant will meet in the headlining bout of the May 29 fight card coming from the Mandalay Bay Events Center in Las Vegas.

Along with announcing the main event, the promotion announced nine other fight bookings for the event including former bantamweight champion Renan Barao moving up to featherweight to meet Jeremy Stephens.

Almeida (20-0) made his UFC debut in 2014 and has gone 4-0 in the UFC. Three of his four wins in the promotion have come by TKO/KO and his most recent win came in November against Anthony Birchak at UFC Fight Night 77. Garbrandt (8-0) entered the UFC at the beginning of last year and he has gone 3-0 in the promotion. His most recent win came last month at UFC Fight Night 83 as he defeated Augusto Mendes by knockout in the first round.

The current UFC Fight Night 88: Almeida vs. Garbrandt fight card is below.