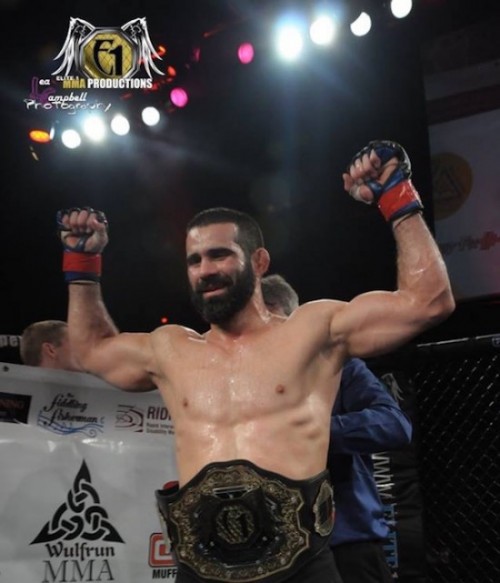 Xcessive Force Fighting Championship 9 will be taking place on April 15 at the Entrec Centre in Grande Prairie, Alberta, Canada and the co-main event will be a welterweight title fight as Matt MacGrath meets UFC vet Jesse Ronson.

MacGrath (17-8) enters this fight on a seven fight winning streak and he is coming off a decision win against Mike Hill in October of last year. During the most recent episode of “The MMA Report Podcast,” MacGrath joined the show to preview his upcoming fight and stated that he feels the biggest strength Ronson will bring to the cage on fight night will be his movement.

“His movement is definitely without a doubt his biggest strength,” MacGrath explained. “He has a lot of experience too. People are looking at us on paper and saying grappler versus striker. But I think when they look at the fight, they should say there is two very experience mixed martial artist. Jesse comes from a kickboxing background and mine is coming more from a grappling background. All of our skills are pretty sharp and I think his main thing will be his movement and striking.”

Check out MacGrath’s complete interview from Thursday’s episode of “The MMA Report Podcast” below and be sure to subscribe to the show on iTunes and Stitcher.