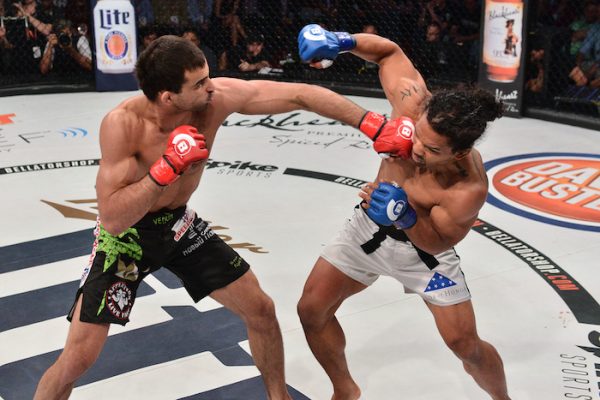 The medical suspensions for Bellator 153 have been released by the Mohegan Tribe Department of Athletic Regulations and Benson Henderson has received a suspension of 60 days due to a concussion.

Mohegan Tribe Department of Athletic Regulations Director Mike Mazzulli sent the suspensions to The MMA Report on Monday after they were requested.

Bellator 153 took place this past Friday night at the Mohegan Sun Arena in Uncasville, Connecticut and was headlined by Andrey Koreshkov retaining the Bellator welterweight title with a decision victory against former WEC and UFC lightweight champion Benson Henderson.

The complete Bellator 153 medical suspensions are below: