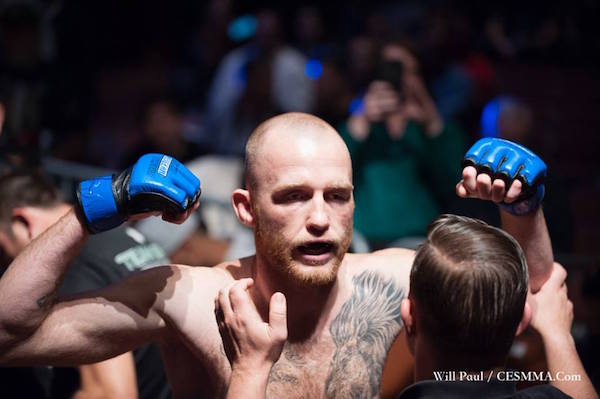 Buck Pineau will be returning to competition on Saturday night at CES MMA 35 as he will be having a rematch from his amateur fighting days as he will meet Mike Rodriguez in a middleweight bout.

Most mixed martial fans are aware of Pineau as he suffered an arm injury in his last fight at CES MMA 31 against Pat McCrohan. However, there is one thing that many people do not know about that injury. Pineau was only out of training for less than three weeks and he explained on Tuesday’s “The MMA Report Podcast” about what happened following his fight against McCrohan.

“The doctor said it was like a miracle that I had no ligament damage or broken bones,” Pineau stated. “No anything. It took about an hour and a half to two hours for the doctor to get in touch with me. By that time, he said that it had put itself back in. They did not really understand it, but I was injury free and good to go. It was really sore and black and blue for like two weeks. But I was back to doing pull on push ups and striking training 19 days later with the approval of my therapist.”

Check out Pineau’s complete interview from Tuesday’s episode of “The MMA Report Podcast” below and be sure to subscribe to the show on iTunes and Stitcher.”