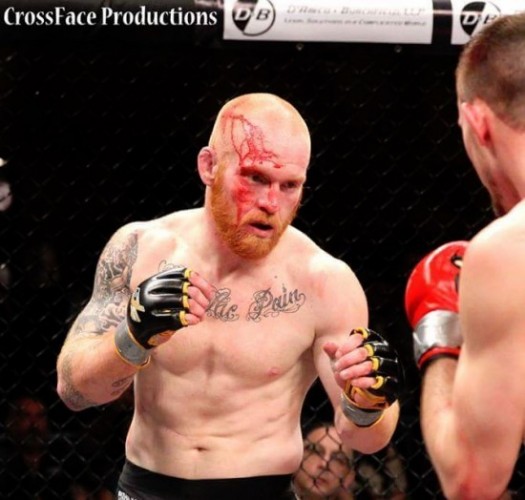 Shogun Fights 14: Rob Sullivan ready to return to competition following a frustrating year in his life

Rob Sullivan will be returning to MMA competition next weekend at Shogun Fights 14 for the first time in nearly one year as he will face Myron Baker in a featherweight bout.

Sullivan (6-3) enters this fight on a three fight winning streak and his last win came on April 18, 2015 against Jonathan Vinyard at Shogun Fights 14. On Thursday’s edition of “The MMA Report Podcast,” Sullivan talked about the knee injury that kept him on the sidelines and how the last year has been frustrating for him.

“It’s been a really frustrating year in my life,” Sullivan explained. “I had a bad injury when I was a child but in my adult life, I went through some [expletive]. Most of it, I usually put on myself. I end up walking into a situation knowing that this is going to suck and obviously that was a situation I did not bring onto myself knowing that I am going to go really broke. I am not going to be able to work properly because outside of training for a fight, I am a carpenter. But at the time, all I was doing is training. I could do little side jobs to get by, but I focused on training everyday so it did not effect me much.”

“It put me back at zero for a little bit,” he continued. “I had to go back and get a normal job. I had to take on this construction thing and four days after surgery, I am on site hobbling around on a knee brace yelling at people and trying to keep a project going. I had to take a big step back in life and the moment I was capable of movement, I started boxing. The moment I was capable of doing jiu-jitsu, I was drilling. I was benched for maybe two months. Two and a half months actually. Not able to do much and the moment I get released to do one thing, I would do it the most I could. Got back into shape pretty quick.”

Check out Sullivan’s complete interview from Thursday’s episode of “The MMA Report Podcast” below and be sure to subscribe to the show on iTunes and Stitcher.