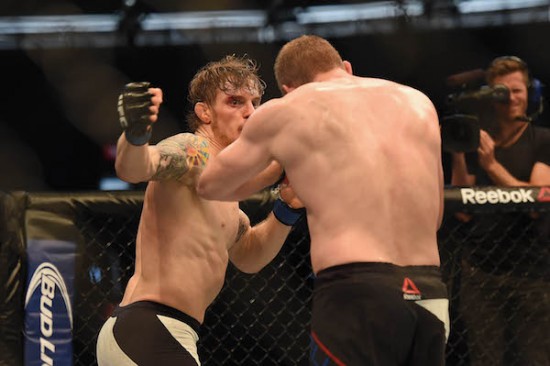 Steve Montgomery vs. Nicolai Salchov headlines House of Fame 5 on May 7 in South Florida

Ultimate Fighter 22 alum Steve Montgomery will be in the main event of House of Fame 5 on May 7 in South Florida as he will face Nicolai Salchov.

The fight booking was announced by the promotion on Tuesday.

House of Fame 5: Resurrection Day will come from the Mardi Gras Casino in Hallandale Beach, Florida and tickets for the event are currently on sale.

Montgomery (9-4) is coming off a submission win against Avery McPhatter at Absolute Fighting Championship 25 earlier this month and this was his first fight since exiting the UFC. It was his third career win by submission and first one since 2013. Salchov (5-0) trains at the Blackzilian camp and this will be his first fight since late 2014. Four of his five wins have come by stoppage and three of those wins have come in the opening round.

More information on House of Fame 5: Resurrection Day is available on the promotions website.