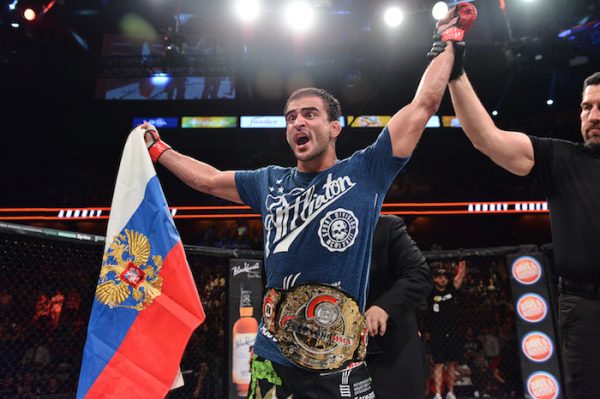 Andrey Koreshkov retained the Bellator welterweight title on Friday night in the main event of Bellator 153 as he defeated former WEC and UFC lightweight champion Benson Henderson by unanimous decision.

Following his victory, Koreshkov appeared on “Inside MMA” on AXS TV to discuss his win over Henderson. During his appearance on the show, Koreshkov talked about the gameplan that his team put in place for the fight against Henderson and what may be next for him in Bellator.

Check out Koreshkov’s complete interview from Friday night’s episode of “Inside MMA” on AXS TV below.