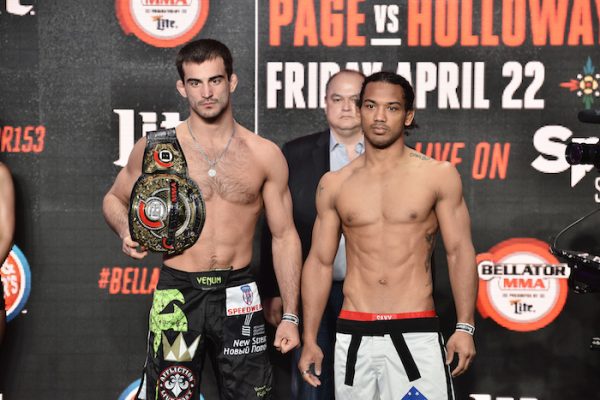 Bellator 153 took place two weeks ago at the Mohegan Sun Arena in Uncasville, Connecticut and all of the drug test results came back clean.

Mohegan Tribe Department of Athletic Regulations Director Mike Mazzulli confirmed the drug test results to The MMA Report on Friday after they were requested and stated that the fight card was randomly drug tested.

The Bellator 153 event was headlined by Andrey Koreshkov retaining the Bellator welterweight title with a decision victory over Benson Henderson and the co-main event saw former Bellator featherweight champion Patricio “Pitbull” Freire stop Henry Corrales in the second round by submission.