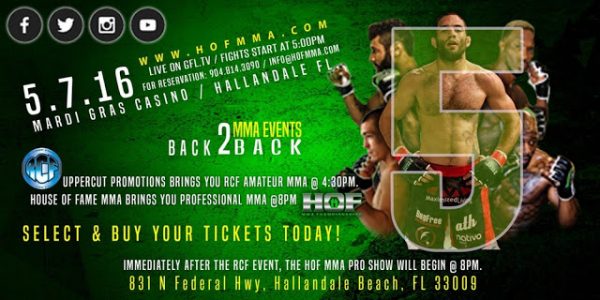 Heading into Saturday’s at HOF 5, Lazar Stojadinovic is planning a move to bantamweight

Coming up on Saturday night in South Florida is House of Fame 5 and Lazar Stojadinovic was slated to meet Chino Duran in the co-main event of the evening, but Duran pulled out of the fight on Wednesday and it’s uncertain whether Stojadinovic will remain on the card.

Stojadinovic (10-5) is coming off a 23-second TKO victory against Drew Lipton at Absolute Fighting Championship 24 and four of his last five wins have come by stoppage. During Tuesday’s edition of “The MMA Report Podcast,” Stojadinovic stated that he is planning a move down to bantamweight.

“At 45, I have always been the much smaller guy,” Stojadinovic stated. “Just in weight and height obviously so I always thought that everyone who fights at 35 has more or less my body frame. So I always thought that would probably be my future weight. What stopped it from happening was the success at 45. I was very successful at 45 so why drop down.”

Check out Stojadinovic’s complete interview from Tuesday’s episode of “The MMA Report Podcast” below and be sure to subscribe to the show on iTunes and Stitcher.