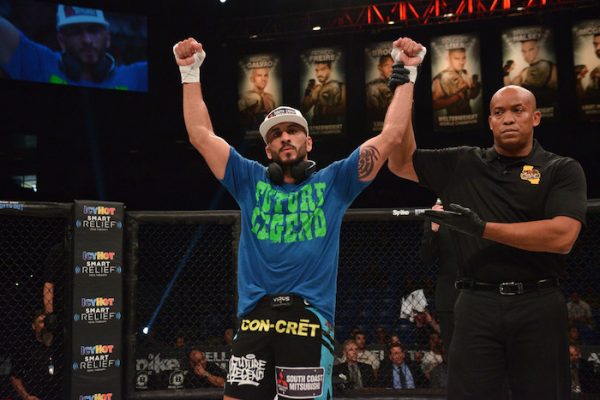 Prior to being offered a fight, Saad Awad told Bellator he was open to a short notice fight at welterweight

The co-main event of Saturday’s Bellator 154 will be a welterweight bout as Saad Awad moves up to the 170 pound division to meet Evangelista “Cyborg” Santos.

Awad (18-7) has gone 6-4 in Bellator as a lightweight and enters this fight following a decision lost against Patricky “Pitbull” Freire at Bellator 141 last year. During Tuesday’s edition of “The MMA Report Podcast,” Awad was one the show and stated that he is still a lightweight but will take short notice fights at welterweight.

“It’s one of those things that I have been asking for a fight and usually it takes me a good two to three months to make my weight solid at 155,” Awad stated. “So I started dieting just in case they [Bellator] called and finally I called them and said if anything falls through, I will fight at 170. Unless I have time, I will take a fight at 55. But if it’s short notice, I will fight at 70. Sure enough, I got a call and I took it right away.

Check out Awad’s complete interview from Tuesday’s episode of “The MMA Report Podcast” below and be sure to subscribe to the show on iTunes and Stitcher.