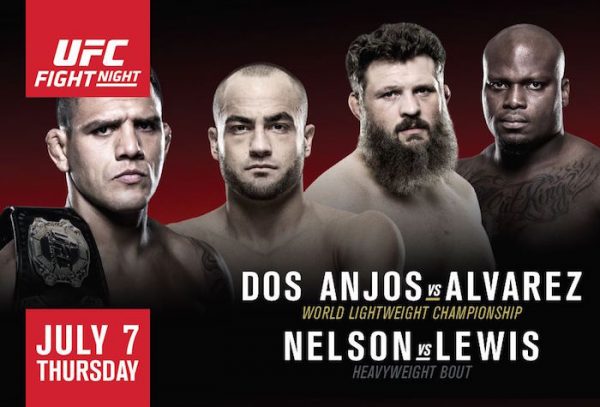 When Muhammad (9-0) was signed by the UFC, he was the backup plan if Tarec Saffiedine was unable to complete at UFC Fight Night 88 against Rick Story. As we all know, Saffiedine was was to compete that night and it was recently announced by the UFC that Muhammad would be making his promotional debut at UFC Fight Night 90 as he was replacing Nordine Taleb against Alan Jouban.

During this past Wednesday’s edition of “The MMA Report Podcast,” Muhammad was a guest on the show to preview his upcoming UFC debut against Jouban and Muhammad talked about the challenges he will face on July 7 in Las Vegas.

“The biggest thing with him is that he has a lot of heart,” Muhammad said on The MMA Report Podcast about Jouban. “He is not an easy guy to break. He is always coming forward. When he gets hurt, that is when he is the most dangerous. I know he is going to be a tough guy to break, but I am pretty sure my pressure will be able to do it.”

Check out Muhammad’s complete interview from Wednesday’s edition of “The MMA Report Podcast” below and be sure to subscribe to the show on iTunes and Stitcher.