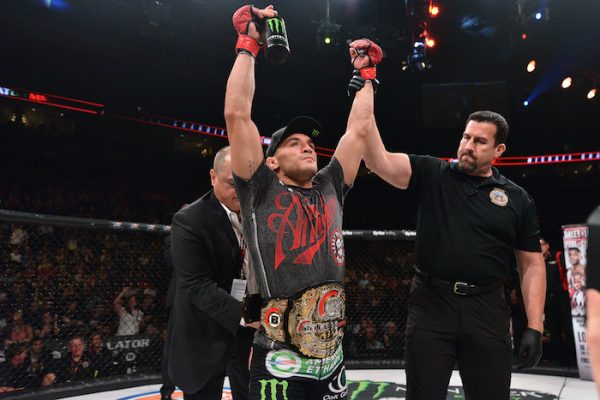 Bellator 157 took place on Friday night at the Scottrade Center in St. Louis, Missouri and was headlined by Quinton “Rampage” Jackson scoring a split decision victory over Satoshi Ishii in a heavyweight bout.

The co-main event of the fight card was a vacant title fight and Michael Chandler claimed the vacant lightweight title with a knockout victory in the first round against Patricky “Pitbull” Freire.