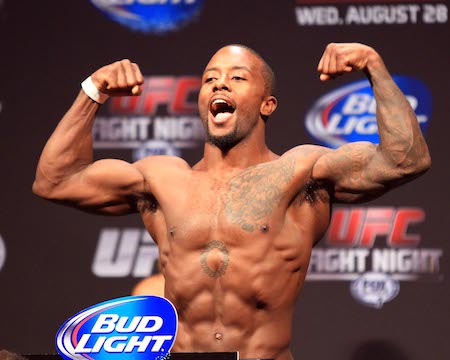 The co-main event of Friday’s World Series of Fighting 31 event at the Foxwoods Casino in Connecticut will be a number one contender bout in the lightweight division as Jason High will look for his second straight victory when he meets Mike Ricci.

High (19-5) made his World Series of Fighting debut last year and defeated Estevan Payan by knockout in the second round. It was his first fight since his exit from the UFC in 2014 and he is 3-1 in his last four fights.

During this past Wednesday’s edition of “The MMA Report Podcast,” High was a guest on the show to preview his fight against Ricci at World Series of Fighting 31. When “The Kansas City Bandit” was asked about the challenges Ricci brings to the table, he talked about the height disadvantage he will have in the fight.

“Obviously, I think is reach is the first challenge that I will have to deal with,” High stated on The MMA Report Podcast. “When I fought at 70, I was always the shorter guy pretty much. At 55, my first two fights I have been at least as tall as these guys so this will probably the first time I’ve been the shorter guy in the cage at 155. But I am pretty use to fighting tall guys. I am not extremely worried about it. Every fight there is a different number of problems that you have to go out there and deal with so it’s just more of the same really.”

Check out High’s complete interview from Wednesday’s edition of “The MMA Report Podcast” below and be sure to subscribe to the show on iTunes and Stitcher.