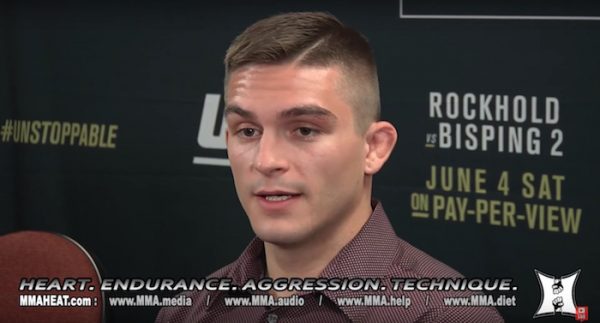 Lightweight Johnny Case had his twelve fight winning streak snapped earlier this year as he was submitted by Jake Matthews at UFC Fight Night 85 and it was his first defeat since losing to former WSOF champion Rick Glenn in 2010.

Case (22-5) was in attendance this past weekend at UFC 199 and spent some time with the media in attendance. During his media scrum, the UFC lightweight talked about his move to Power MMA from Alliance MMA and his submission defeat against Matthews.

Check out Case’s complete media scrum from this past weekend below courtesy of MMA Heat.