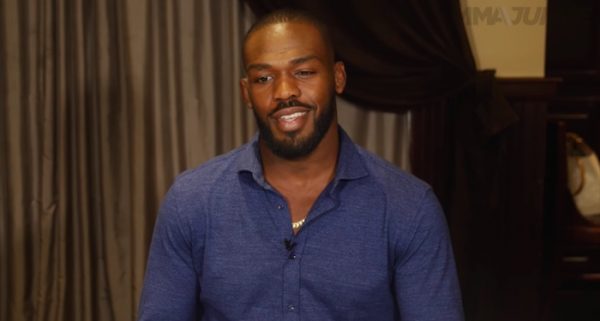 Jon Jones will be looking to become the unified UFC light heavyweight champion next weekend in Las Vegas when he meets Daniel Cormier in the main event of UFC 200.

This will mark the second time that Jones and Cormier will meet inside the octagon as Jones won the first meeting by decision at UFC 182. Initially, they were scheduled to have their rematch in April, but an injury forced Cormier to pull out of the fight.

Earlier today in Los Angeles, Jones met with the media to talk about his rematch against Cormier next weekend in Las Vegas and check out the complete media scrum courtesy of MMA Junkie.