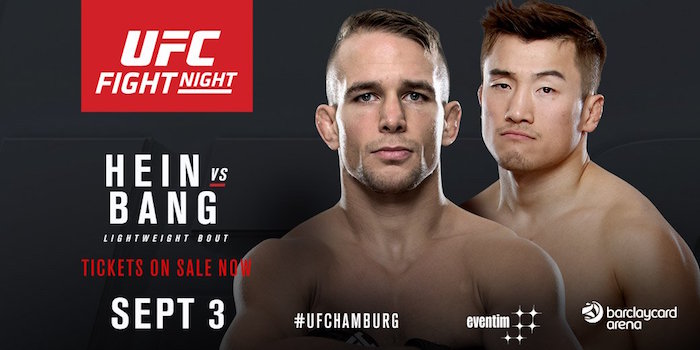 A lightweight bout has been booked for the UFC Fight Night card on September 3 in Hamburg, Germany as Nick Hein will meet Tae Hyun Bang.

The fight booking was announced by the UFC on Wednesday.

UFC Fight Night Hamburg will come from the Barclaycard Arena in Hamburg, Germany on September 3 and will be headlined by a heavyweight bout as Andrei Arlovski meets Josh Barnett.

Hein (13-2, 1NC) has won three of his four fights in the UFC and is coming off a decision win against Yusuke Kasuya last year. All of his wins in the UFC have come by decision and his last stoppage victory came in 2013. Bang (18-9) has alternated wins and losses in his four UFC fights. He will enter this fight following a victory as he defeated Leo Kuntz in November.