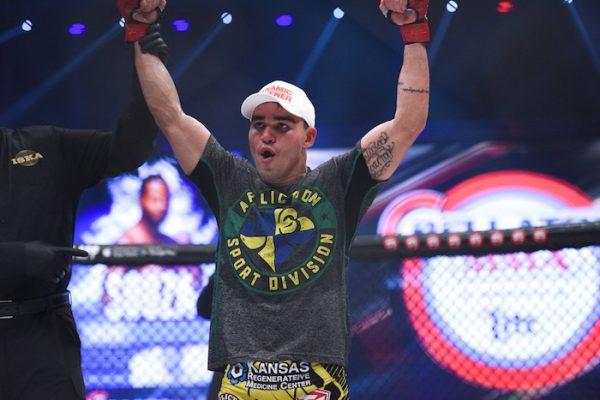 The vacant lightweight title will be on the line in the co-main event of Bellator 157: Dynamite 2 on Friday night in St. Louis, Missouri as Patricky “Pitbull” Freire will look to even up the score against former Bellator lightweight champion Michael Chandler.

Pitbull (16-7) enters this fight with back to back victories and has won six of his last eight fights. His most recent win came in April against Kevin Souza at Bellator 152 and back at Bellator 44 in 2011, he lost a decision against Chandler in the season four lightweight tournament final.

During today’s Bellator 157 media conference call, The MMA Report asked Pitbull about what he remembered about the first fight with Chandler and explained that the rematch on Friday night will go differently than their first meeting over five years ago.

“I remember that each round was pretty much starting off equal then I would get kicked in the nuts,” Pitbull told The MMA Report through a translator on the Bellator 157 media conference call. “Every time I started hurting him, I got kicked in the nuts again. Then in the third round, I got dominated. This time, it will be different. This time I am going to get the belt and he is not going back to Florida. Maybe he will go back to San Diego.”