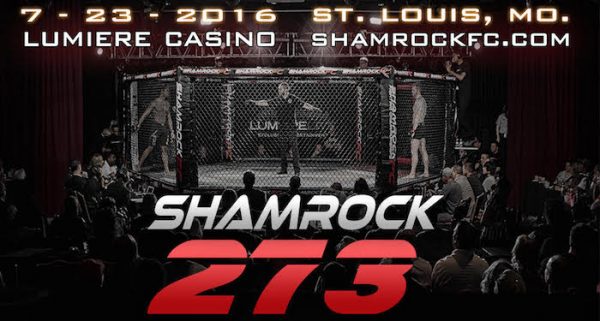 The co-main event of Saturday’s Shamrock FC 273 in St. Louis will be a welterweight bout as Dakota Bush will look to improve to 2-0 as a professional as he will meet Chris Petty on the fight card coming from the Lumiere Casino.

Bush (1-0) made his pro debut at the beginning of this year as he defeated Mateo Collazo at Cage Champions 54 by stoppage in the opening round. The professional debut of Bush came after eight amateur fights (7-1) and he recently told The MMA Report that current UFC fighter Jake Collier played a role in the decision to turn pro at the beginning of the year.

“I mean everyone in the gym. Jake Collier always telling me that I need to go pro. There is no one left for me to fight,” Bush said. “Kind of did not want to at first. It’s a little scary to think about it. But once he was hounding me enough and I knew I was good enough for it. It just kind of clicked and I was ready. Ready to fight anyone.”

Check out Bush’s complete interview with The MMA Report below.