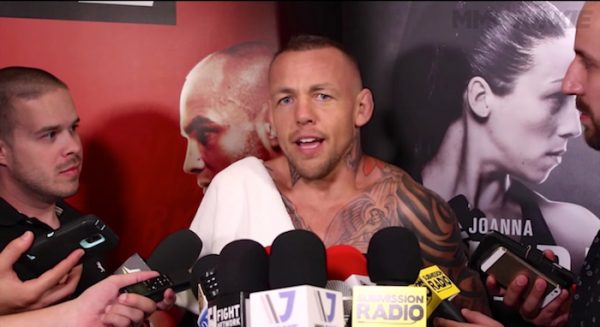 Ross Pearson will look for back to back wins for the first time since 2013 when he meets Will Brooks on Friday night in Las Vegas at The Ultimate Fighter 23 Finale.

Pearson (19-10, 1NC) is coming off a split decision win against Chad Laprise at UFC Fight Night 85 in March and he has alternated wins and losses in his last eight fights.

Earlier today in Las Vegas, Pearson talked to the media about his fight on Friday against Brooks and check out the entire media scrum below courtesy of MMA Junkie.