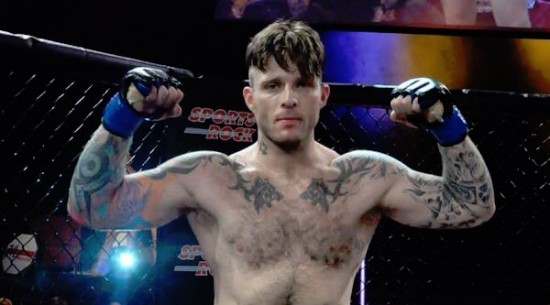 The UFC debut of middleweight Adam Hunter will take place at the end of the month at UFC on FOX 21 in Vancouver as he will meet fellow UFC newcomer Ryan Janes on the fight card coming from the Rogers Arena.

Hunter (7-1) has won seven in a row since losing his professional debut in 2010 against Mike Kent and is coming off a 40-second knockout against UFC veteran Chris Dempsey at GOTC MMA 21 in June.

Getting to the UFC is nearly every fighter’s dream and during this past Wednesday’s “The MMA Report Podcast,” Hunter explained how it took a couple of days for it to set in that he is now a UFC fighter.

“It took a couple of days for it to actually to set in,” Hunter said. “I think everyone that I told was like more excited than I was because — I don’t know. It was just kind of surreal. I was very excited when I got the call and then I just kind of settled down. Then about three days later, it actually hit me. I was like holy. Wow, I am there. Jesus, I better start working.

Check out Hunter’s complete interview from Wednesday’s episode of “The MMA Report Podcast” below and be sure to subscribe to the show on iTunes and Stitcher.