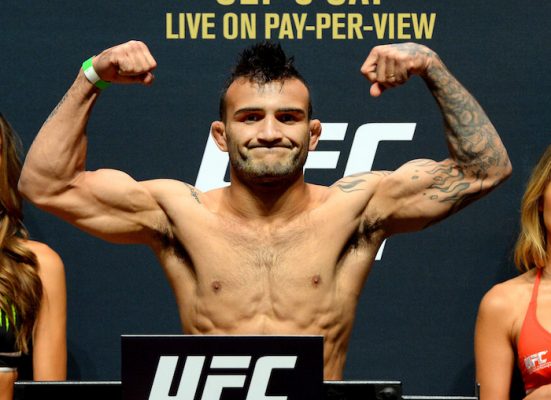 The main event for UFC Fight Night 96 on October 1 in Portland, Oregon is now set as John Lineker will meet John Dodson in a bantamweight bout.

The fight booking was announced by the UFC on Saturday.

UFC Fight Night 96 will come from the Moda Center and tickets for the fight card will go on sale on Friday, August 26.

Lineker (28-7) is currently on a five fight winning streak and his last three wins have come in the bantamweight division. His most recent win came last month at UFC Fight Night 91 as he defeated Michael McDonald by knockout. Dodson (18-7) returned to the bantamweight division earlier this year at UFC on FOX 19 and defeated Manny Gamburyan by TKO in 47-seconds. He is 7-2 in the UFC and both of his defeats in the promotion have come against flyweight champion Demetrious Johnson.

The current UFC Fight Night 96: Lineker vs. Dodson fight card is below.