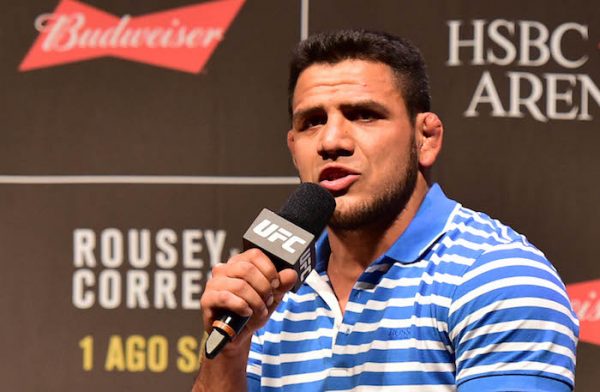 Former UFC lightweight champion Rafael dos Anjos will return to the octagon on November 5 in Mexico City as he will meet Ultimate Fighter 13 winner Tony Ferguson in the main event of the UFC Fight Night card that will come from the Arena Ciudad de Mexico.

The fight booking was made official by the UFC on Wednesday morning.

Dos Anjos (25-8) lost the UFC lightweight title lost month as he was defeated by Eddie Alvarez. The defeat snapped a five fight winning streak and he is 10-2 in his last twelve fights. Ferguson (21-3) is currently on an eight fight winning streak and is coming off a win last month against Lando Vannatta. Four of his last five wins have come by submission and he has won a Fight Night bonus in each of his last four fights.

Tickets for UFC Fight Night: Dos Anjos vs. Ferguson will go on sale September 2 and this fight card will serve as the live finale for The Ultimate Fighter Latin America 3.