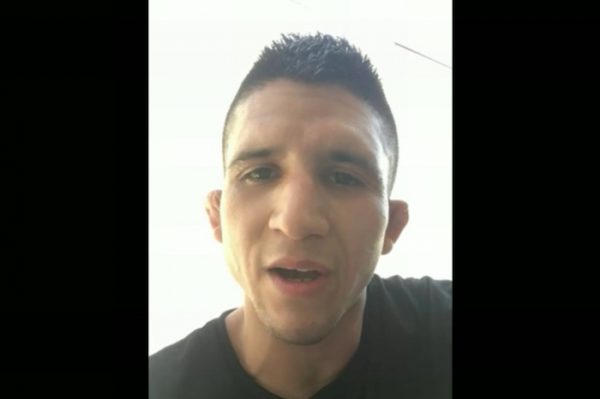 Video: Albert Morales talks about adversity he has dealt with in life and upcoming UFC debut

The UFC debut of bantamweight Albert Morales will take place on September 17 at UFC Fight Night 94 in Hidalgo, Texas as he is scheduled to meet Alejandro Morales on the main card broadcast on FS1.

Morales (6-0) made his professional debut at the beginning of last year at Bellator 132 and five of his six wins have come by stoppage. His big break came back in June at RFA 38 when UFC President Dana White and the crew for “Lookin for a Fight” where in attendance to film an episode of their reality show. On that night, Morales won by knockout in 20-seconds against Mario Israel and three of his last four wins have come by stoppage in the opening round.

The UFC immediately signed Morales after RFA 38 and his UFC debut will take place in three weeks. I had a chance to talk to Morales this week about his upcoming UFC debut and he also talked about the adversity he has dealt with in life.