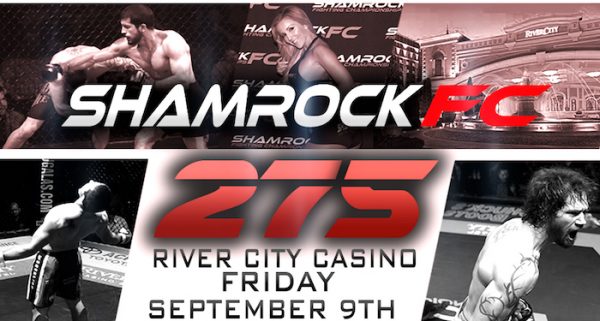 The main event of tonight’s Shamrock FC 275 in St. Louis will be a welterweight bout as Aaron Highfill will look for his third professional victory when he meets Mike Brazzle on the fight card coming from the River City Casino.

Highfill (2-1) has won back to back fights since dropping his professional debut in 2014 and is coming odd a submission win in December against Kevin Brown Jr. at Shamrock FC: Ultimate. When he steps into the cage tonight, he will be facing a fighter returning to competition for the first time in four years and Highfill explained on Wednesday’s edition of “The MMA Report Podcast” that staying relax will be a key to victory.

“I feel like I need to go out there and stay relax,” Highfill explained. “Not make mistakes. Fight like I know how to fight. I know Brazzle is tough. He is a hard dude to put out. He is not going to quit. I feel I am in that way as well but I feel like I can do it.”

Check out Highfill’s complete interview from Wednesday’s episode of “The MMA Report Podcast” below and be sure to subscribe to the show on iTunes and Stitcher.