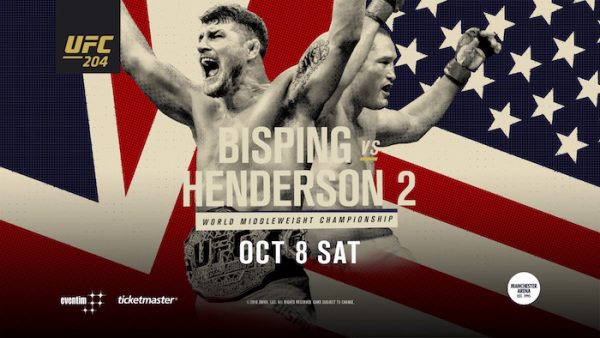 UFC 204 will take place next Saturday and will be headlined by a rematch as Michael Bisping will defend the UFC middleweight title against Dan Henderson.

Coming up on Sunday, the Countdown to UFC 204: Bisping vs. Henderson will premiere on FS1 at 12:30 a.m. ET/9:30 p.m. PT and will preview the fight card coming from the Manchester Arena in Manchester, England.

Check out a preview of the Countdown to UFC 204 show below and the full show will be posted online by the UFC following the premiere on Sunday.