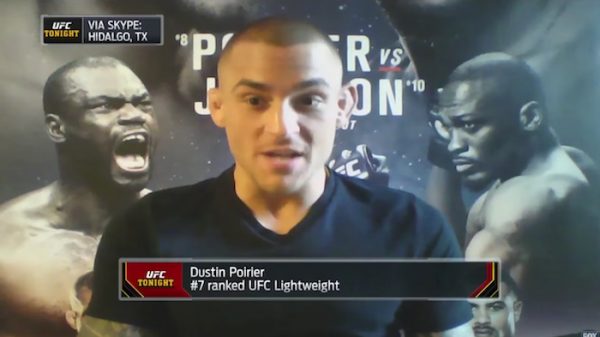 The main event of Saturday’s UFC Fight Night 94 will be a lightweight bout as Dustin Poirier will look to continue his winning streak in the lightweight division when he meets Michael Johnson on the fight card coming from the State Farm Arena in Hidalgo, Texas.

Poirier (20-4) returned to the lightweight division last year and has gone 4-0 since coming back to the division. He is coming off a knockout win against Bobby Green at UFC 199 and he was a guest on last night’s edition of “UFC Tonight” on FS1 to discuss his fight on Saturday night.

During his appearance on the weekly UFC news program on FS1, Poirier was asked about his thoughts on Johnson and proclaimed that he will outclass him everywhere.

Check out Poirier’s complete interview from last night’s episode of UFC Tonight below.