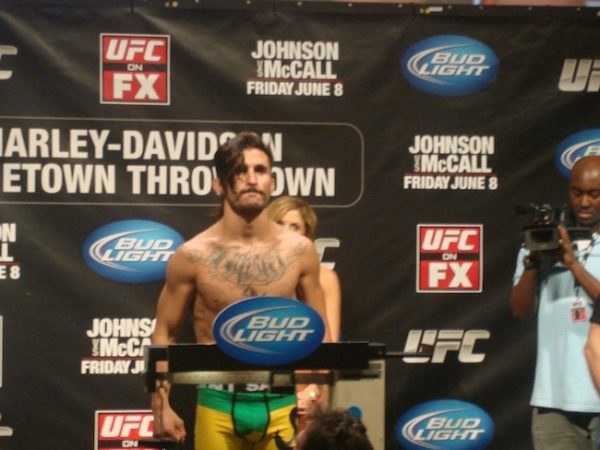 A flyweight bout has been added to the UFC Fight Night 99 card on November 19 in Belfast as Ian McCall will meet Neil Seery in a bout that is likely to be part of the main card on UFC Fight Pass.

UFC Fight Night 99 will come from the SSE Arena Belfast and will be headlined by a welterweight bout as Dong Hyun Kim meets Gunnar Nelson.

McCall (13-5-1) is hoping the third time is the charm as his previous two fights in 2016 have been scratched during the week of the fight. He was scheduled to fight Justin Scoggins at UFC 201 and after that fight was canceled, the UFC booked him to fight Ray Borg at UFC 203. Seery (16-12) has gone 3-3 in the UFC since entering the promotion in 2014 and two of his three wins in the promotion have come by decision. He enters this fight following a defeat as he lost a decision against Kyoji Horiguchi earlier this year.

The current UFC Fight Night 99: Kim vs. Nelson fight card is below.