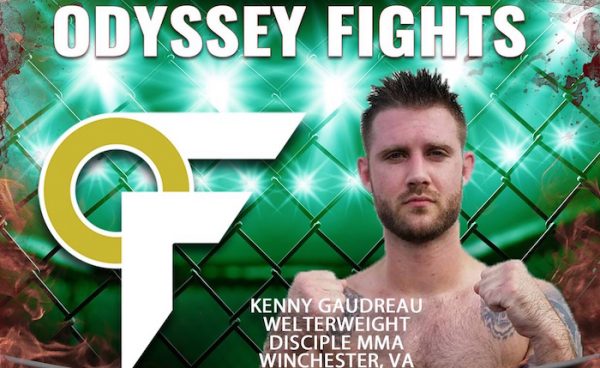 Kenny Gaudreau will be returning to mixed martial arts competition on Saturday night in Arlington, Virginia as he will meet Mike Darcy at Odyssey Fights: Battle at the Base.

Gaudreau (6-4) enters this fight following a decision defeat against Micah Miller at Titan FC 39 and the defeat snapped a two fight winning streak. When he steps into the cage on Saturday night, it will be his second fight in Odyssey Fights and he is planning to show off a more explosive version of himself.

“The goal is not even always to win the fight, it’s to show improvement from last fight,” Gaudreau explained on last week’s edition of The MMA Report Podcast. “So I am constantly wanting to make my craft better, better and better. I have been doing that. I learned a lot of this last lost down in Miami and I plan to learn from that one. Also, I learned some things from the win against Nelson DelValle, the fight before that.”

“There is a lot of tools that I have sharpened and a lot of things in my game that I have tweaked a little,” he continued. “What you can expect to see is a more explosive version of me. One is that not going to move around a lot. One that is going to come in there and put him down. My goal is just basically to show improvement every time.”

Check out Gaudreau’s complete interview from last week’s episode of “The MMA Report Podcast” below and be sure to subscribe to the show on iTunes and Stitcher.