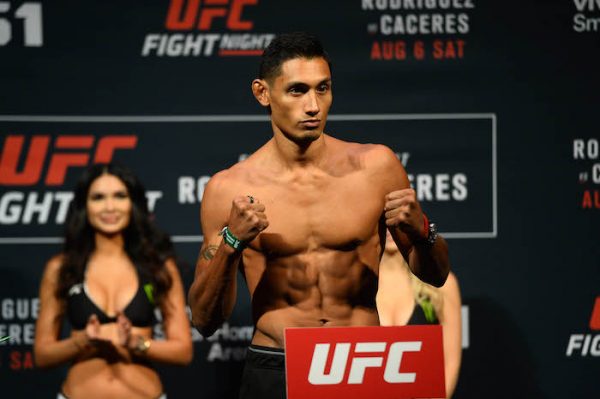 A lightweight bout has been booked for the UFC Fight Night 98 card in Mexico City on November 5 as Ultimate Fighter Latin America 2 alum Marco Polo Reyes will meet Jason Novelli.

The fight booking was recently announced by the UFC.

Reyes (6-3) was a semifinalist during The Ultimate Fighter Latin America 2 lightweight tournament and he has won both of his official fights in the UFC. Both of his wins in the UFC have come by knockout and his most recent victory came against Dong Hyun Kim in July at UFC 199. Novelli (11-2-1) made his UFC debut last month and was defeated by David Teymur at UFC Fight Night 92. The defeat snapped a five fight unbeaten streak and nine of his eleven victories have come by stoppage.